Shops seem to be churning out more cheap, nasty, meaningless stuff than ever. I ended up buying this bizarre hybrid of the pleat/sequin embellishment/collar trends, as it was the only thing that didn't leave me with absolute apathy.

Mum saying "you could do The Charleston in that" swung it.

I braved Mansfield not long ago to catch up with some chums. On an average night out, men dress like they're going to a job interview whilst women squeeze themselves into tiny stretchy rags. I'm not saying ladies go for powerful alpha-males (Christian Grey I mean you), or that men base a woman's worth on the size of her curves -- just that you'd be fooled this was so by some of the crap you see people wearing.

Not so much being a prude, as being bored shitless by all the predictable tat out there.

Until summer's Malibu Barbie thing dies down, Topman's the way to go. Boys clothes are comfy, quirky, and just way more fun sometimes (and no I don't mean those "hilarious" statement t-shirts).

I know nothing about fashion. This blog however, does.

Things I should be making.

I used to have piano, violin and bass guitar lessons. Unlike riding a bike, I remember fuck all about these apart from Chopsticks and Smoke on the Water. I also have an acoustic guitar, a vintage harmonica and a pink melodica lying around. And I’m still pretty nifty on the recorder!

Getting back into cartoons again, my fellow (who’s also a guitar whizz, so envious) did an animation course and it’s really re-sparked an interest in them. I always dreamt of becoming a cartoonist, but it’s hard picking up my pencil after a long break! Watch this space, I might even upload some old embarrassing stuff.

Well at least that’s one out of the three.

Posted by Natalie Mills at 17:28 No comments: 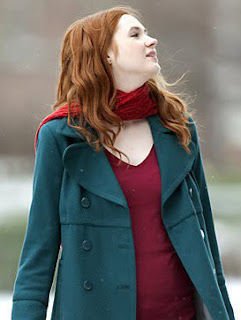 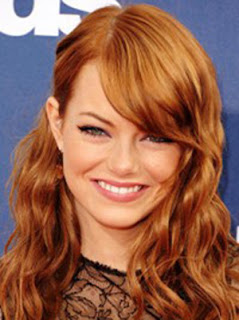 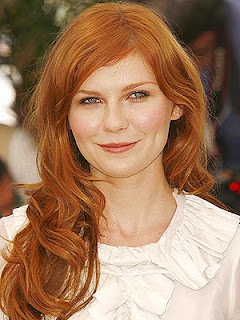 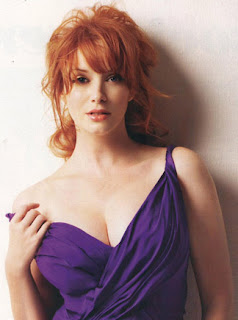 Dying later today (my hair, not actual death), so hoping I’ll turn out like one of these ladies, rather than like a cartoon character!
Posted by Natalie Mills at 15:17 No comments:

What's that sexeh book you're reading?

I've come a long way baby, from being caught as a child red-faced and flustered with my nose in a Mills & Boon novel.

Whether or not it's a pile of crap, Fifty Shades of Grey may do for Waterstones' erotica section what Twilight did for 'Teen Paranormal Romance'. No book club would have a serious discussion about "The Millionaire's Spanky Slave", but evidently an ambiguous title/cover can work wonders.

Looks like a real book. Will this dispel any lingering stereotypes of dirty old men in dirty old macs? Has this woefully underrepresented genre reached a literary pinnacle?

"Why don't you like to be touched" Ana whispered, staring up into soft grey eyes.

Well this is quite not the sexual revolution I was hoping for. More like Mills & Boon doing bondage for beginners. Am I supposed to be laughing?! Fook, I can't put it better than this Amazon review... Laurell K. Hamilton's 'Merry Gentry' series
Merry is a fairy princess with a harem of multicoloured bodyguards (each with a two page description of their magical hair/eye/pube colour). Did I mention she's also a PRIVATE INVESTIGATOR? Sprouting wings, glowing, and literally "making the earth move" is a regular sexual occurrence.

D. H. Lawrence's 'Lady Chatterley's Lover'
Obviously not as shocking as it must have been (it got banned!), the descriptions are really quite beautiful, and there's SOUL in there. Scenes that actually touch on how tender, integral and amazing having sex is, mentally and physically. The gardener has a hawt working class accent too. Thee and thar and thysen.

ALAN FREAKIN' MOORE'S 'Lost Girls'
If you're easily offended, Lost Girls may not be for you. Everyone and everything gets a look in, the (very) young, the old, even a friendly horse gets a go. Gorgeously drawn in storybook brights, you'll recognise all your favourite characters from childhood in a variety of familiar situations. "AN ENGAGING AND WELL-DRAWN STORY."

Toshio Maeda's 'Adventure Kid'
Ever wanted to see a what it looks like inside a Japanese schoolgirl, while she's being "tentacled" by some weird creature from another dimension? If not, you probably shouldn't read any of Maeda's manga. Diagrams, X-Ray vision and a bizarre technical accuracy makes for some fairly odd reading.

Syra Bond's 'Trogan Slaves'
Fifty Shades wasn't kinky enough for you? How about something to make it seem like missionary with the lights off. This is just plain unpleasant to read, one of those hardcore S & M books that degrades it's characters so much you want to cry. Best to read out loud as a joke, to dull how scary it is.

Not forgetting all that "M" rated fanfiction on the web; there's nothing better than reading about character A doing it with character B from your most beloved television series/book/video game (part of the appeal of Lost Girls I guess). If you want to make new friends, I'd suggest announcing your love of Snarry in a public place, the effect is surprising.

Maybe I should do a recommendation list just for fanfics. Y'know, if I wasn't geeky enough.

I haven't written that bestseller yet, but I'm still enjoying the freelance copywriting! There's always my plan of trying out to become a Mills & Boon writer someday (if you can't beat them join them)...

Currently reading this hot stuff.
Posted by Natalie Mills at 16:18 No comments: