A quote about kitsch.

"The French poet Charles Baudelaire (1821-67) said, 'What is so intoxicating about bad taste is the aristocratic pleasure in being displeased.' The satisfying and exciting thing about liking things because 'they're so bad, they're good' is the brief euphoric ego swell that occurs while being so aristocratically irked. A connoisseur of kitsch unconsciously applauds his or her own cleverness at being able to appreciate qualities inherent in objects that are undetectable to simpler folk. A feeling of superiority creeps over us, derived from the knowledge that some people genuinely draw comfort from these tasteless objects; this lofty delight is equal to importance to the kitsch lover as the physical tawdriness of the object."

P. Ward, Kitsch IN SYNC - A Consumer's Guide to Bad Taste
Posted by Natalie Mills at 21:42 No comments:

Here are some reasons to watch his films.

'Women in Love' has Alan Bates trying to literally shag nature, then naked wrestle with Oliver Reed, Glenda Jackson doing hip bohemian dancing with bulls, dramatic and slightly frightening music at every sex scene, a hilarious ballet sequence, the 1960s trying to do the 1920s (according to my dad, this is because everyone in the 60s thought it was the ONLY time worth living in) and is a D. H. Lawrence novel.

I also watched 'The Music Lovers' for the first time t'other night, which is basically "let's make a film about how terrifying it would be to consumate marriage with your wife if you were a gay Russian composer, and shoot it like it were a classical music video". It's a bit like 'Marie Antoinette' in that it's so tinged with the era it was made, but all the better for it. A Marylin Monroe statue on wheels? What did you expect.

Then there's 'Tommy', which gets better every time I see it and has a scene with Ann-Margret rolling around in bubbles, liquid chocolate and baked beans (all together), Tina Turner going scary nuts, Keith Moon as a huge pervert and is a musical by THE WHO. Enough reasons really.

I dunno, Ken Russell just has this bold, fearless style that hugely appeals to me. Sort of an ugly kitchen sink realism, but with all the colour/brightness settings turned up. Wikipedia calls him "flamboyant". Just so many surreal and wonderful images that you're left scratching your head wondering what you've been watching. I've only ever seen these three films, but would love to see more.

Especially this, this looks bloody great.

(images for Women and Worm pinched from the very good film blogs Snuffboxfilm and Filmconnoisseur on Blogspot, check 'em ooout, they like him too)
Posted by Natalie Mills at 21:10 No comments:

Have gotten rather attached after watching like eight series.

I've also started accessorising the front pocket of my tweed coat with a paperback (currently it's an Irvine Welsh).

So yeah...when did I become my dad?
Posted by Natalie Mills at 22:40 No comments:

More gig photos from the Sitwell. 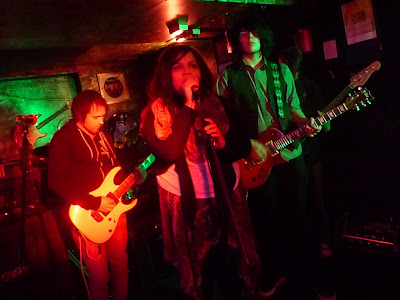 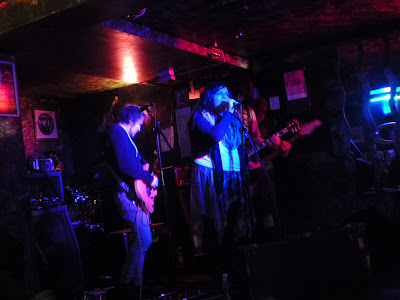 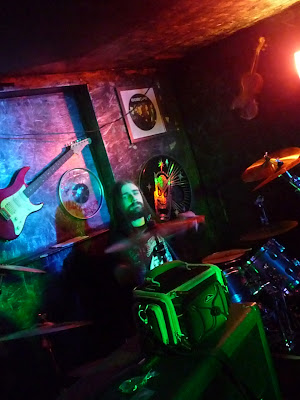 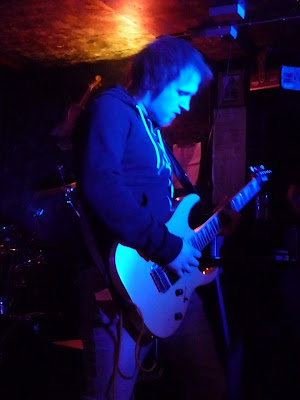 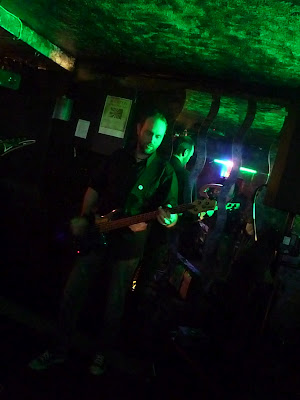 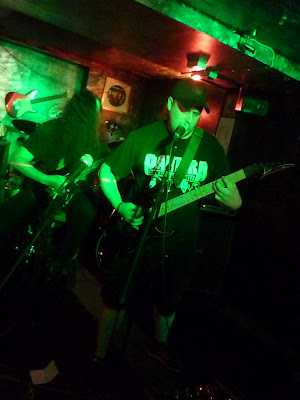 Some more dark blurry technicolour photos for Separation Anxiety, along with a couple (the green uns) of Menace 67 -- who were also playing Sitwell Tavern that night. Been seeing a lot of bands recently, want to make the most of the festival season!
Posted by Natalie Mills at 18:21 No comments:

Happy Mother's Day! My mum's fab. So are these awful ads. 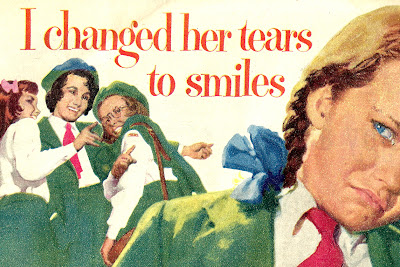 Believe it or not; the one above is advertising a washing powder. I've never personally been bullied about the lack of blinding whiteness in my shirt, or known anyone who has, but the 1950s think otherwise.

And this. Oh my god. 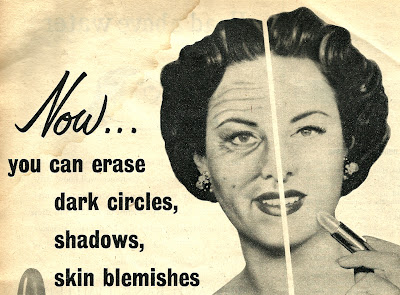 That's a pretty amazing transformation.
Posted by Natalie Mills at 16:42 No comments:

"Sorry, I have to go to the dole office and then choir."

"Sorry, I am busy thinking up sandwich-based puns."
Posted by Natalie Mills at 23:48 No comments:

Email ThisBlogThis!Share to TwitterShare to FacebookShare to Pinterest
Labels: choir, copywriting, my life is WACKY, work

I hate all this arts and crafts, good housewife, Cath Kidston bakery crap that's so in vogue at the moment. Oh, oh, let's all bake a pretty cake and talk about knitting and the 50s, I'm just a silly girl after all! I don't need somebody to do a big pastel polka dot floral cupcake sick on my clothes to make me feel feminine. And you don't look arty or folky with your mass-produced "quirky" prints, you look like every other person out there.

(out of order I know...but don't you just hate it when you go up and down Lincoln's clothing boutiques on Steep Hill and can't find a bloody thing you want to buy?!)

Next week, the neo-burlesque/circus freak look.

In other news I bought a skirt with a pattern of winter scenes. I am going to wear it in the blazing hot summer, because I am just that pretentious.

P.S. Not long after writing this, mum bought me a pink floral shirt from a charity shop. And I love it.
Posted by Natalie Mills at 17:36 No comments: 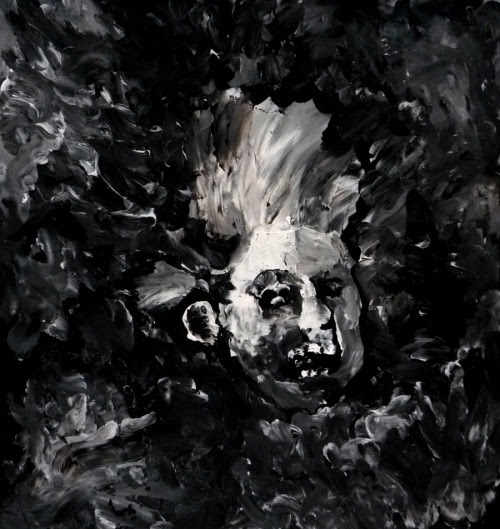 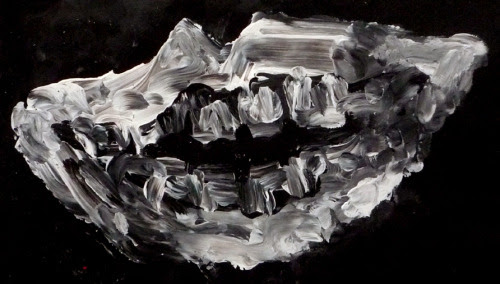 Above are a couple of things from my college project on fear, made using the noble method of finger painting! 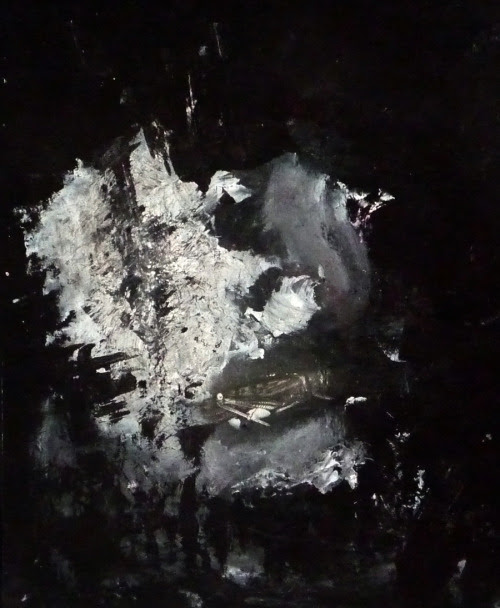 And another, this one's paint and chalk on photocopy of a dead locust. I was into Francis Bacon at the time, but you can’t tell AT ALL. 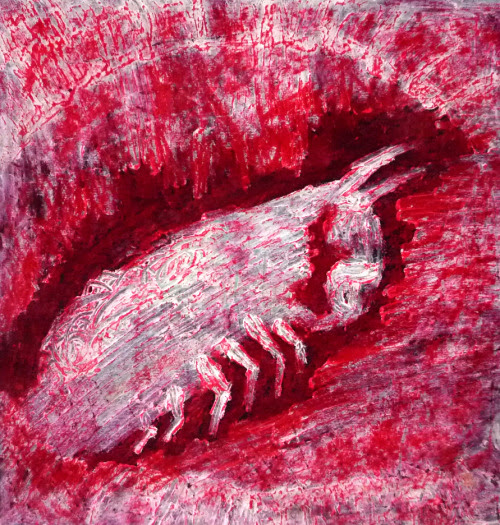 Carrying on the buggy theme above in mixed-media... 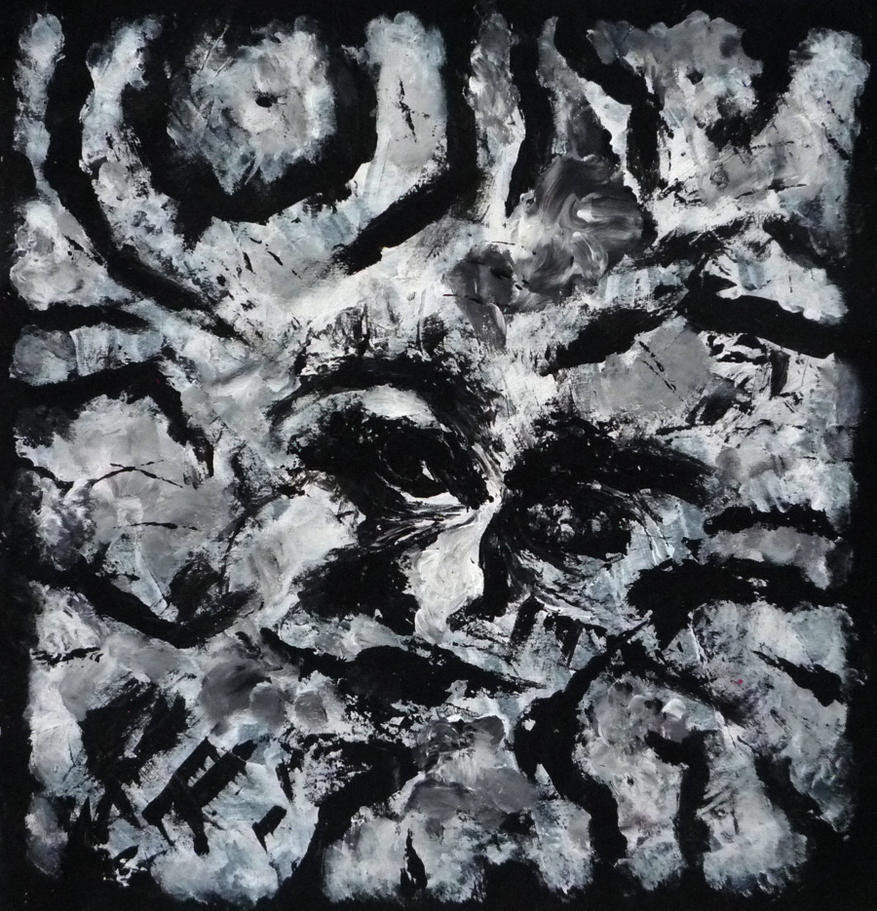 And the last one. These were all done in 2008 during my final major project at college -- like the huge creep I am, I chose irrational fears and phobias for my theme. It's quite wonderful how many people are terrified of insects and choking and choking on insects.

I also made this short film expressing fears about spiders, premature burial, weather and dogs through some rather twee stop motion sequences. It's a bit crap (not to mention hugely compressed) now that I look back on it, but evidently I have an irrational fear of being proud of my early work, and would say that!

Posted by Natalie Mills at 23:21 No comments:

The Woman in Black made me do that thing where you peek through your fingers as if it stops you from seeing anything scary. It ought to; everyone is freaked out by unstable women, things moving when they shouldn't, children gazing into space (many horror films evidently find kids horrifying) and a whole antique shop's worth of clockwork toys. When it's being subtle and old-fashioned it's genuinely frightening in a Haunting/Others/Orphanage sort of way -- look out for the rocking chair scene. Slicker than an IKEA advert, uses all the horror cliches but it worked rather well I thought!

The Muppets is enjoyable (if you can stand Disney musicals), but it milks the fact that you've almost forgotten about them A LOT. I've never felt so guilty and nostalgic about a bunch of singing puppets in my life; rather serious for a Muppet film! Probably reading into it too much, but it really made me think about how our collective sense of humour changes along with fashion -- perhaps that was the point though hmm.

Also, how many Snow White films are coming out this year, and...WHY?
Posted by Natalie Mills at 18:02 No comments:

Email ThisBlogThis!Share to TwitterShare to FacebookShare to Pinterest
Labels: cinema, film, the muppets, the woman in black

Playlist for ghosts in the woods.

Another playlist for my friend Camilla, this time with a loose theme of ghosts, goths and the 1990s film, 'The Craft'. There's a varied selection, but they're all good accompaniment to casting spells, digging graves, and black moods. Shadowy, whispery, dream-poppy ecstasy for the discerning dark romantic. 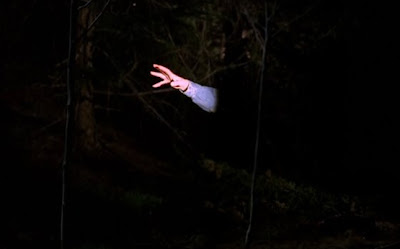 A guide to help you through the woods and witches...

1. FEVER RAY - KEEP THE STREETS EMPTY FOR ME: a ghost that can play the pan-pipes really well.

3. MY BLOODY VALENTINE - ONLY SHALLOW: the roaring and distorted ghost of the stoned 1990s.

4. THE CURE - LULLABY: by far the sexiest ghost in the woods, may have you for dinner tonight.

6. LADYTRON - I'M NOT SCARED: I'm actually quite scared by this ghost.

7. GOTYE - SOMEBODY THAT I USED TO KNOW: a ghost you hear on every radio station, all the time.

8. COLDPLAY - TROUBLE: a melancholy but likable male ghost that names its daughter after fruit.

9. ZOLA JESUS - NIGHT: a whispery, spine-chiller of a ghost that wails better than Florence Welch.

10. PETER GABRIEL - DON'T GIVE UP: featuring Kate Bush's ghost in the chorus.

11. BLONDE REDHEAD - 23: a chilled out ghost that likes to dream about numbers.

12. THE FLAMING LIPS - I CAN BE A FROG: the ghost of Karen O's zoo animals channeled by telephone.

13. DEERHUNTER - DESIRE LINES: the cheeriest and catchiest ghost in the woods.

14. FLEETWOOD MAC - RHIANNON: the kind of ghost that most people's  parents would like.

15. PLACEBO - PURE MORNING: a hot but overly nasal ghost with breasts and all the rest.

16. M83 - MIDNIGHT CITY: a ghost that loves to dance and has an absolutely killer saxophone solo.

If you're curious and want to make this playlist (I am far too lazy to link everything), I find Spotify works an absolute treat! Or you could find them all on beemp3.com like I did nyahahaaa. Also hunt for my moon disco playlist from last year if you enjoyed this and want even more jingly, echoey crap to listen to.
Posted by Natalie Mills at 16:05 No comments: