I received my first copywriting deals earlier. I'm slightly hungover and yes, still in my pajamas! I'm so excited/terrified I might be sick.

P.S. Never have ideas in the bath unless you want a trail of footprints and a soggy notepad.
Posted by Natalie Mills at 13:33 No comments:

Oh joy, more Picture Post scans. This makes me laugh but I'm not sure why; I think it's the "characters". 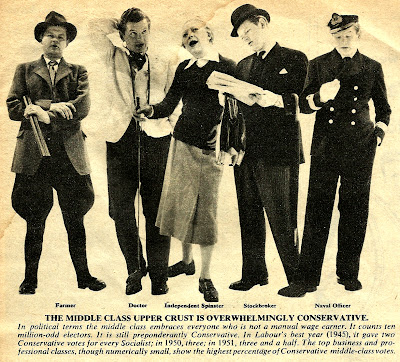 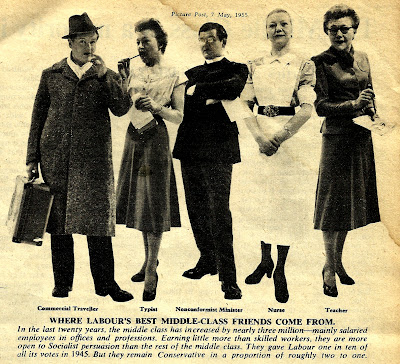 I'd say Independent Spinster was having the most fun, what is Nonconformist Minister's problem do you think? Doctor looks like he's about to diagnose something embarrassing and fatal.
Posted by Natalie Mills at 18:24 No comments:

Here are some photos I took for Nottingham-based band Separation Anxiety; a good bunch of people to work with, serious about music! A wider selection should be on their band page shortly...

They're pretty rough and ready pics, but in my defense it was dark and my camera (and knowledge of photography) is not great. Excuses excuses. Taken at Sitwell Tavern in Derby, on a gangsters and molls night, hence ties and pinstripes all round! 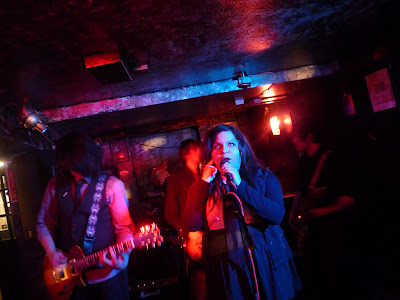 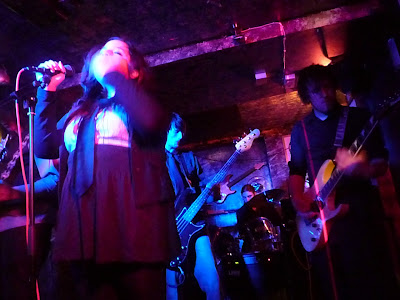 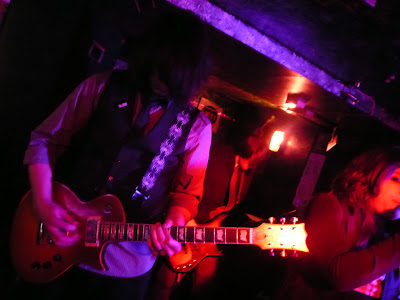 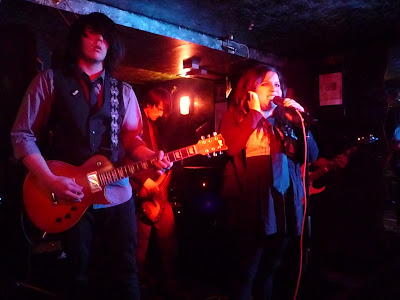 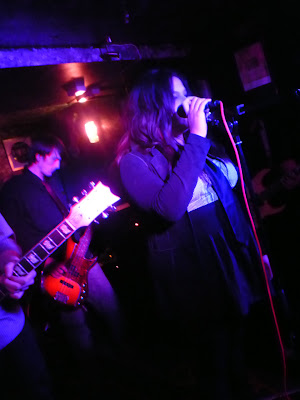 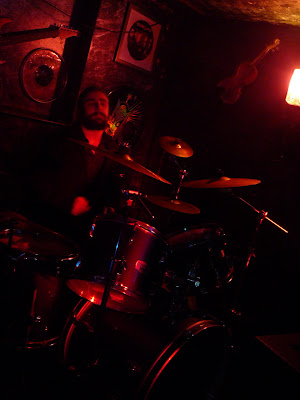 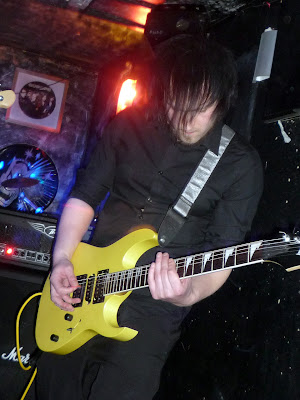 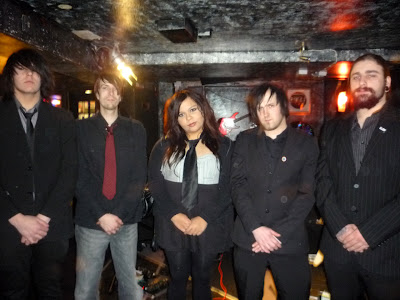 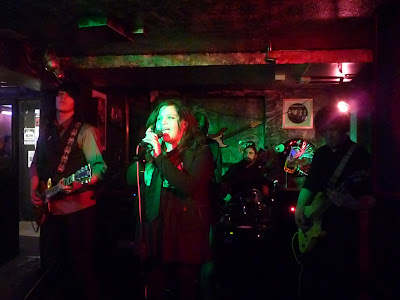 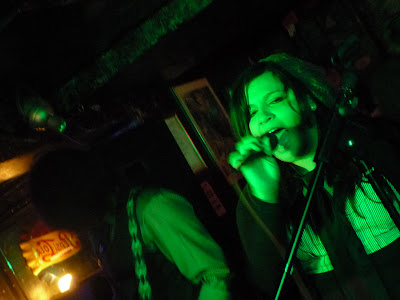 "Fat Girls and Feeders" actually made me want to chuck!

Not because of the girls, because of the feeders! It's not fat appreciation itself that disgusts me, but basically killing someone to satisfy any fantasy is warped. They were seen as objects to fatten up and have a wank over, literally funnel-feeding liquid fat into another human being; how is that appreciation?! These people were exploiting a weakness, gaining so much control that these women became dependent enough to do ANYTHING to appear attractive to them.

Anyway, watch it if you want to see what's rattled my cage and form your own opinion. If you can find it anyhoo, it's an elusive documentary and I found it by chance when I flicked onto Really (where else).

Is it something about vulnerability, is it like a turn on? Sometimes I feel nature is cruel, that women have an ability to feel helpless with their femininity, rather than empowered. If a woman's preference was for a man to be geeky or shy or effeminate, is that still the same as it being a 'vulnerable' physical quality they were attracted to?

I'd feel uncomfortable saying I liked a guy based mainly on looks. I'm not slagging off what anyone finds attractive, that's personal and we're human, but you don't often see men portrayed in the media as chopping and changing themselves to stop a female partner from leaving. There's still media pressure on women to be beautiful and men to be powerful. And it makes me sad! I'm no expert on feminism, so feel free to put the woman in her place lol discuss this with me if I'm being an ass.

Another guilty pleasure this week, although Fat Girls and Feeders was more horrifying than entertaining, was "Big Fat Gypsy Weddings"! It never disappoints; there is something glorious about things that are considered kitsch or in bad taste, perfected with thousands of pounds. The clothes remind me of things I drew as a child (y'know, when you're about six and design your dream wedding dress) and when transferred to reality they really are spectacular! Again though, there's so much emphasis on the concept of beauty and etc. What a can of worms.

Babes of the week for me were the physicists on "Who's Afraid of a Big Black Hole", because the sexiest organ in the body is, of course, THE BRAIN! Quantum physics..tell me about it, stud.
Posted by Natalie Mills at 16:46 2 comments: 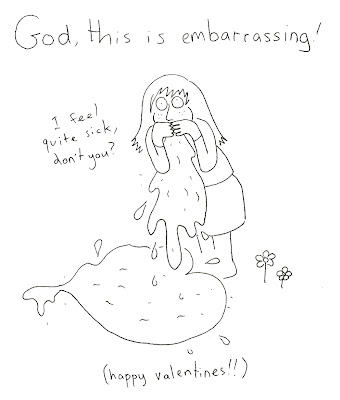 Have a cynical, ironic and emotionally detached Valentine’s Day! Yes, I’d really like a grossly sentimental and predictable artifact of consumerism please.

Above I’ve designed the kind of card I’d like to get (if I did celebrate said holiday, or actually had a significant other). 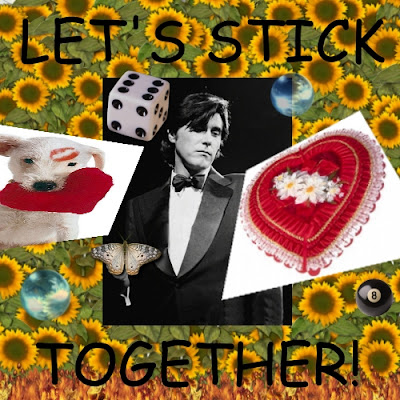 Another one.
Posted by Natalie Mills at 18:06 No comments:

I've been given a job as a FREELANCE WRITER!

What will I wear to work? MY PAJAMAS!

Email ThisBlogThis!Share to TwitterShare to FacebookShare to Pinterest
Labels: what do you mean it's not a proper job 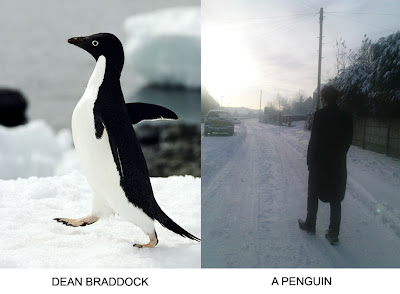 Posted by Natalie Mills at 00:08 No comments:

Email ThisBlogThis!Share to TwitterShare to FacebookShare to Pinterest
Labels: i like to make things for people, it's been snowing

"The clip was shot in just four hours entirely within a warehouse. Bayer cut the film into pieces, and soaked it in his bath, applying deliberate fingerprints and abrasions to the footage before putting it back together by hand."

First saw Bayer on a music video documentary I taped, explaining how with Stupid Girl he wanted to make a film that looked "destroyed"; I found that really appealing. Shame about some of his other stuff. I'm a big fan of using real film, I would do it more often if it was a) cheaper and b) not so easy to ruin. Filters don't quite cut it though and my Super8's gathering dust.

I love Beth’s vocal on this, but that first minute or so of instrumental is actually HAUNTING. Worth a watch too, the video’s got an almost Lynchian thing going on there.
Posted by Natalie Mills at 23:32 No comments: 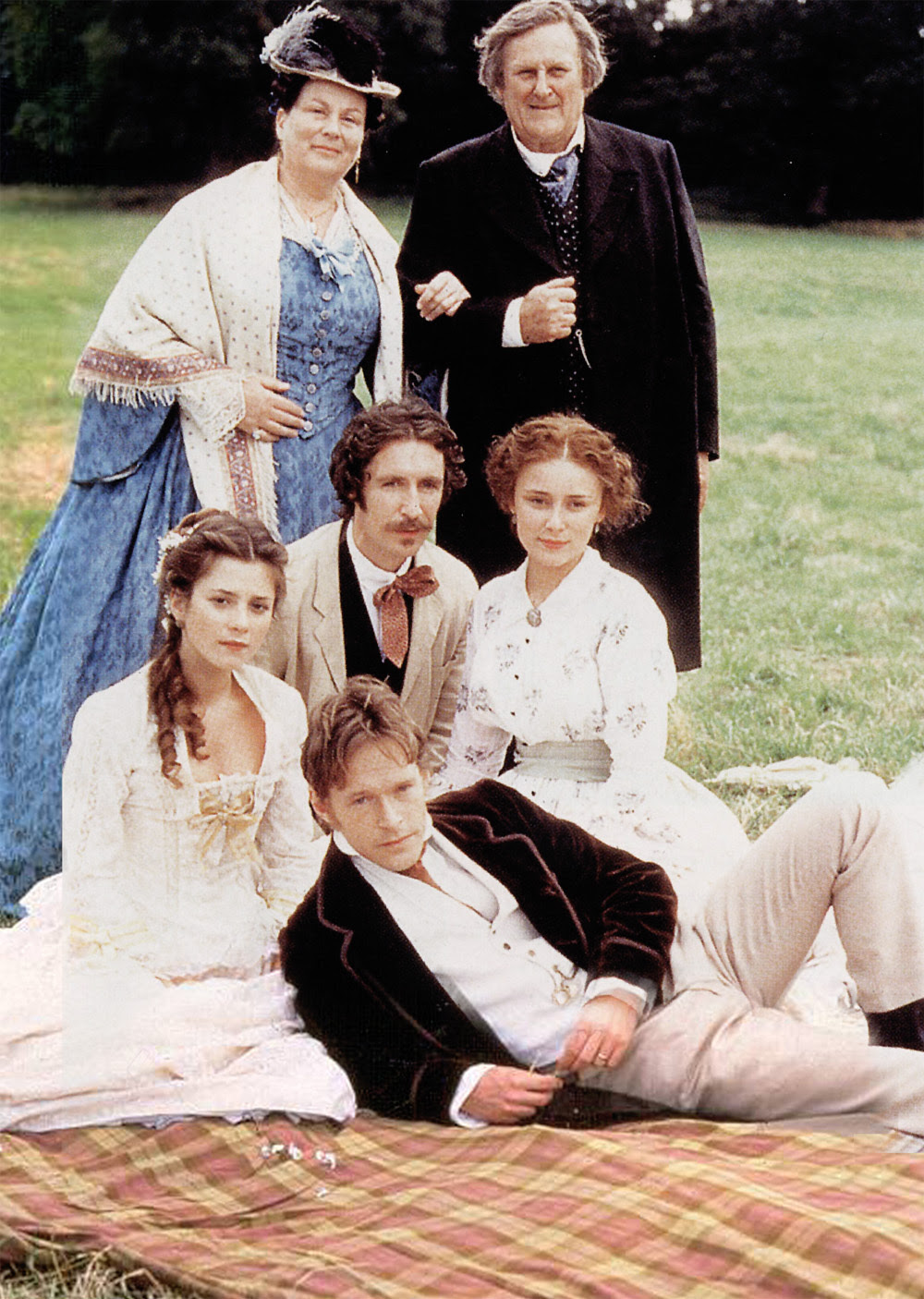 Picnic full of babes. The BBC does Charles Dickens' "Our Mutual Friend", back in 1998.

I love this. Actually LOVE it. Watching it again with my rents, talking all the way through about Anna Friel's beautiful dresses and how Steven Mackintosh is a dead ringer for Gormenghast's Steerpike.

Like all Dickens, Mutual Friend is full of the contrast between rich and poor, characters with fitting names (good job he never wrote a murder mystery eh - Mr Murderer), obsessive love that borders on stalking and that nasty period drama cough people always seemed to die of. But this is probs my fave screen adaptation of his books, apart from "Muppet Christmas Carol" perhaps.

Actually reading him however is HARD TIMES. Ahuh huh.
Posted by Natalie Mills at 22:16 No comments:

I don't know exactly how I feel about this. It's like enjoying a cake that you know has been stolen.

Alan Moore is turning in his still alive, and he's justified in calling the prequels "completely shameless". He always made it clear how he felt about this; DC have gone ahead and done it anyway! Soulless corporate shits!

BUUUT. These new issues are never going to be canon, they're not pretending to be anything but a tribute, they're essentially glorified fanfiction and on that level I'll probably really enjoy them. Alsooo (this has been brought up so many times now that the argument seems a little desperate), would the authors of the characters Moore used in Lost Girls and League of Extraordinary Gentlemen think he was equally shameless hmmm?

Though on that point, they'd been dead a while and Moore had employed the characters in a whole new concept so it's nothing like this but it is and oh dear me I'm even boring myself now!

Making these prequels is totally missing the point of the original and yes I bet DC have big ol' dollar signs in their hungry eyes, but they could actually just be well, really good.. I love Watchmen. And I couldn't say no to MOAR WATCHMEN. It would be ignorant to hate these new interpretations without even reading them.

If they mess it up though I'll cry and bitch like I did when I saw the abomination that was BBC's Gormenghast. I'm still getting over that beast. But I hope I've made a reasonably fair comment, feel free to join me in heated discussion if you so desire.

Email ThisBlogThis!Share to TwitterShare to FacebookShare to Pinterest
Labels: alan moore, before watchmen, CAN YOU TELL I LIKE WATCHMEN, comics, DC, ethically wrong but will probably read it, geeking out, graphic novels, i wrote a watchmen fanfic once, watchmen

First of the month. 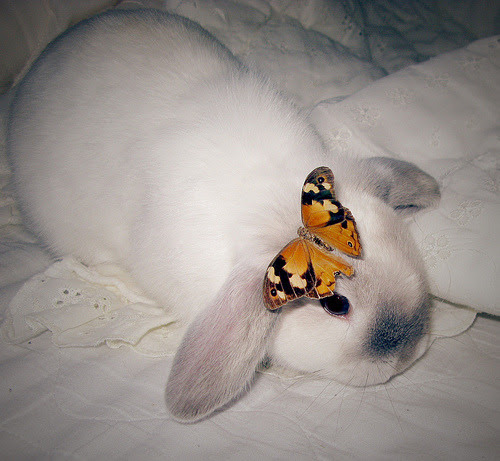 (image from Rosuuuu)
Posted by Natalie Mills at 22:52 No comments:

Email ThisBlogThis!Share to TwitterShare to FacebookShare to Pinterest
Labels: this could become a monthly thing, will it balls, will this make me lucky
Newer Posts Older Posts Home
Subscribe to: Posts (Atom)